A Day in the Life of a Frontend Developer - Meet Tomo 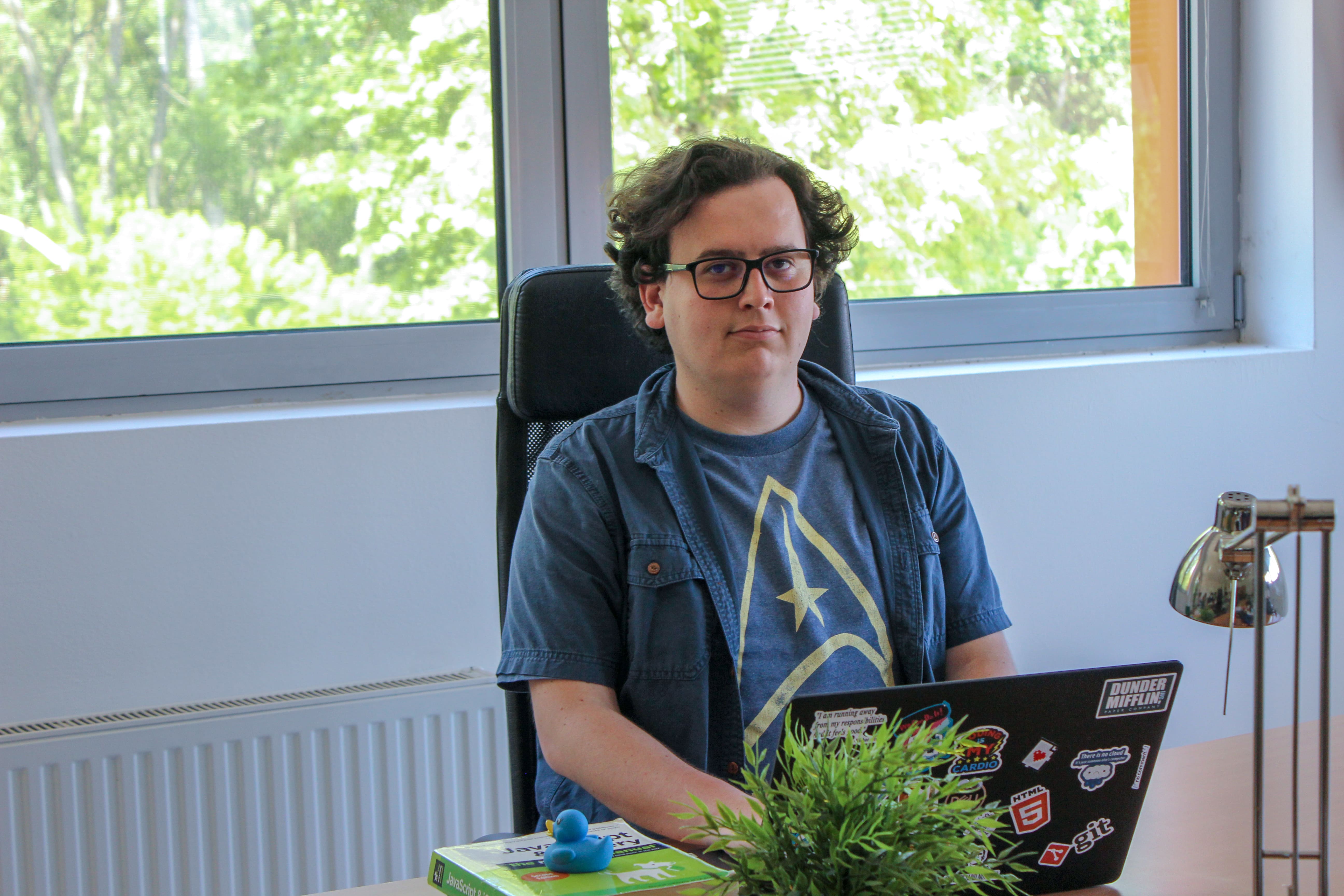 Tomo, tell us more about yourself.

My full name is Tomislav Kaučić, but I prefer to be called Tomo. I work as a Frontend Developer at Bamboo Lab, but my position is more versatile than it sounds. I was born in 1996 in Slavonski Brod, Croatia, but I’ve been living between Slavonski Brod and Osijek for the last five years.

How did you first learn about Bamboo lab?

Thanks to the conference called ‘Code and Games’ organized by the Faculty I was attending. One of the presenters at the conference was Bamboo Lab’s  CEO Boris Rauš. It was back in the day when I wasn’t really looking for internships in tech companies. Still, I remember Boris’ story about the bamboos in the office and how each one of them withered and died except for one (sad story, but true one). That’s the first time I’ve ever heard of Bamboo Lab, but the first real encounter came a bit later.

Fast-forward to 2019, the Faculty organized a series of blind dates. Yes - blind dates! But these ones are more formal than the ones you would think. Each student would get two minutes to present himself to a potential employee. One of those blind dates was actually between Boris and me, and soon after that - my internship at the Bamboo Lab started.

How long have you worked at Bamboo Lab?

One year and some months. If we count on the internship, then I’m around for two years already (time flies!).

For most people, coding seems like a complicated and tedious job to do, but I would strongly disagree. Instead, I am the one who brings the ideas of web designers to life. Seeing clients happy with the outcome is what makes me move further in my career.

Aside from programming, I do some other things, from intern mentorship to our future frontend pandas to holding lectures about web design and web development.

Challenges! Every project is unique, and this is what makes my work so dynamic. The other thing I like is the dynamic work schedule. Sometimes I get some more energy on the night when everything is silent. Yet, on some other days, I prefer to get up earlier in the morning and do my stuff as soon as I open my eyes.

What is the favorite part about working at Bamboo lab?

Definitely team-building events. I get some sort of happiness by being surrounded with my coworkers and talking about the business stuff in a much more casual way. Other than that, these events are often unpredictable and surprising, which makes me excited when I hear there will be some event coming soon.

Tell us more about your favorite project.

There’s one small project I love. It’s called Stara Pekara (Old Bakery). Stara Pekara is an all-new youth center that rents out meeting rooms. The reason why I like it? That’s the first time I took the role of a Web Designer at Bamboo Lab. After coming up with the idea and design solution, I have realized it as a Frontend Developer. It’s so satisfying to watch a website made all by myself come to life.

What advice do you have for prospective Bamboo Lab candidates?

As a mentor and coordinator for frontend interns at Bamboo Lab, I would say that having no real projects shouldn’t be an obstacle for getting into an internship. Some people really have a hard time finding inspiration and ideas, and that’s normal. It’s not something that would make you a bad developer. It certainly wouldn’t make you a visionary, but again - it will not make you a bad developer!

Let’s jump to some lighter questions. What do you love to do in your spare time?

I really want to get myself more physically active. But, thanks to the dynamic work schedule, I might get this off my ‘To-do’ list and move it into the ‘In Progress’ list.

Other than that, I really would like to develop something on my own. I already have some ideas that I’m working on bit by bit, and who knows where that will take me?

What is an ability you wish you had?

The ability to sleep for two hours and yet be well-rested. The day is too short.

Have you ever heard of rubber duck debugging? Many programmers know about this one. It’s actually a reference from a book called The Pragmatic Programmer by Andy Hunt and Dave Thomas. This debugging method is quite interesting, and it might help you even if you’re not a programmer! When you find a problem, and you don’t see a solution to it, take the rubber duck and try to explain the problem to it. There’s a big chance you’ll find a solution while explaining the issue.

What book did you read 📕 last?

A love mystery called Eloquent Ruby. It’s a story about one programming language that wants to produce modern web applications.

Do you have a favorite newspaper, blog?

Yes, my own - all hail Tomoweb.dev! All jokes aside, I’m not really a fan of newspapers, but I do like to read newsletters. One of my favorites is Frontend Cookies by Infinium. The other ones are Smashing Magazine (both as a newsletter and site) and Programmer Digest by Bonobo Press.

I also like to explore articles on the DEV community. I do visit a lot of individual blogs by authors of various articles that I have found interesting.

If your house was burning down, What is the one nonliving thing you would save?

What is your personal philosophy?

The outstanding accomplishments are utopia made by our dreams and imagination. We should be taking baby steps to success, so we don’t get disappointed each time something doesn’t go the way our brain has perceived it will go.

Tell us something about yourself that would surprise us.

I’ve been around the world. From Vietnam and the Philippines to Turkey, Greece, Poland, the Netherlands, and all the way to Canada. More than 20 countries on 3 continents.

I also like to explore articles on the DEV community. I do visit a lot of individual blogs by authors of various articles that I have found interesting.

Best vacation 🏝 you’ve been to?

It wasn’t really a vacation, but I participated in one activity for the Erasmus project. In 2019 I went to Vietnam, where I met some of the best people from various countries (India, Bulgaria, Macedonia, Cambodia, Vietnam…) working on common issues. While we “worked” from morning to lunch, the other part of the day was reserved for fun and exploration. First, we went to various caves and islands. Then, in the evening, we would go downtown, and I can’t forget the bitter (yet so good) taste of Vietnamese coffee.

What is something you always wanted to do but never did?

I would really like to be a tech nomad for one year! I want to travel once more worldwide, but more intensively and more unpredictable than ever before. 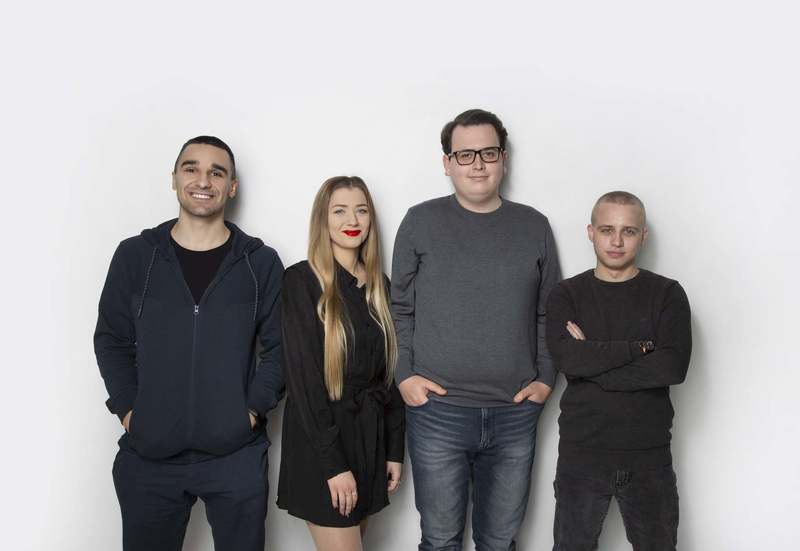 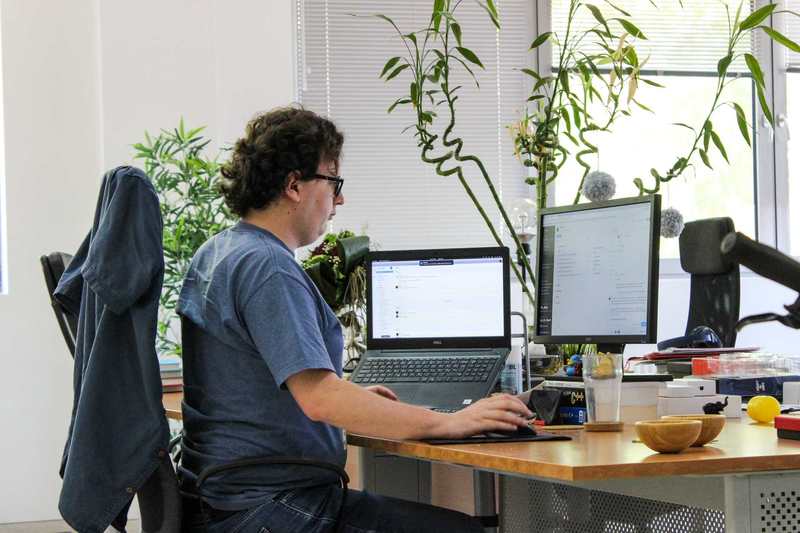 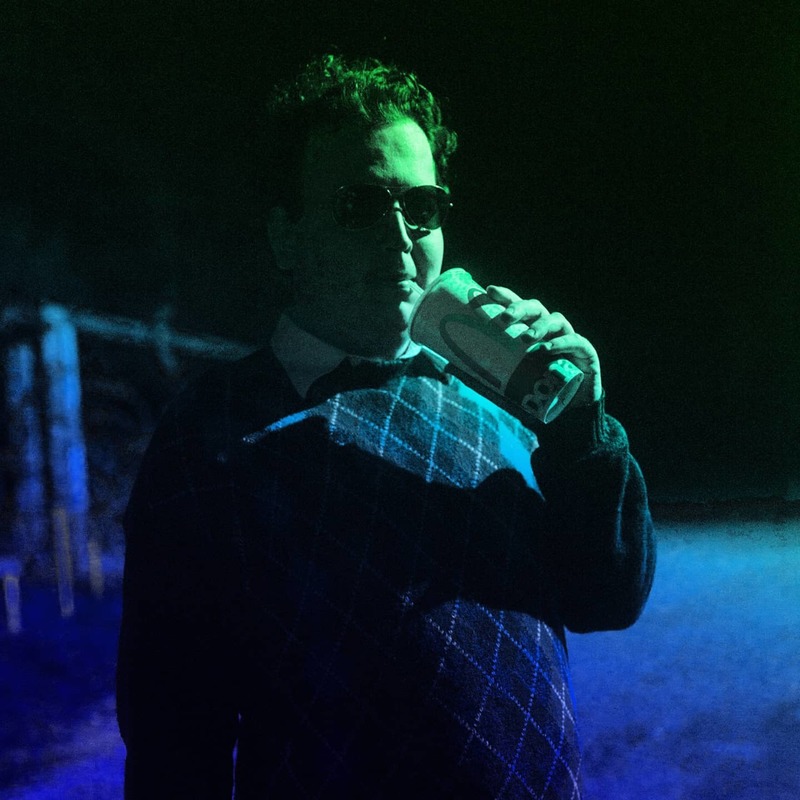 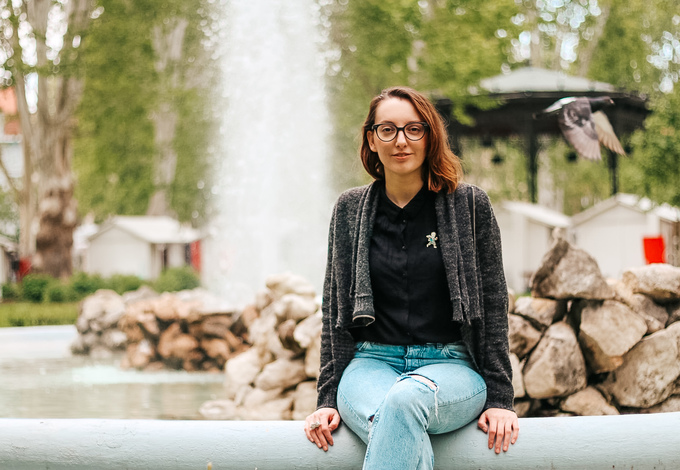 What does a web designer at Bamboo Lab do? Meet Tea, and learn everything about her work and hobbies. 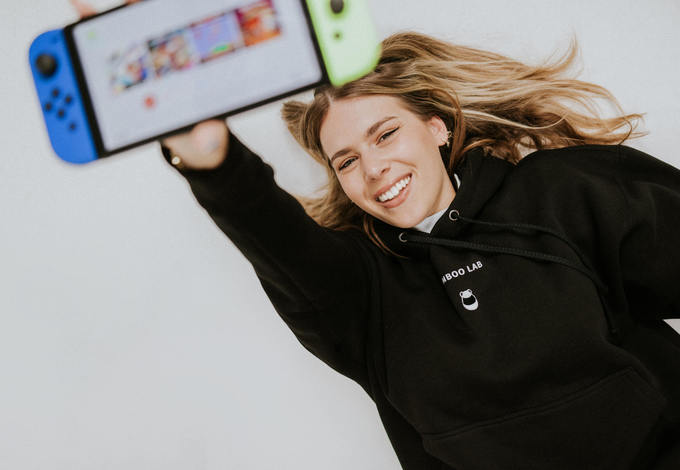 Frana is one of our new key players in the agency. With her background as an influencer, she is a great addition to the team. 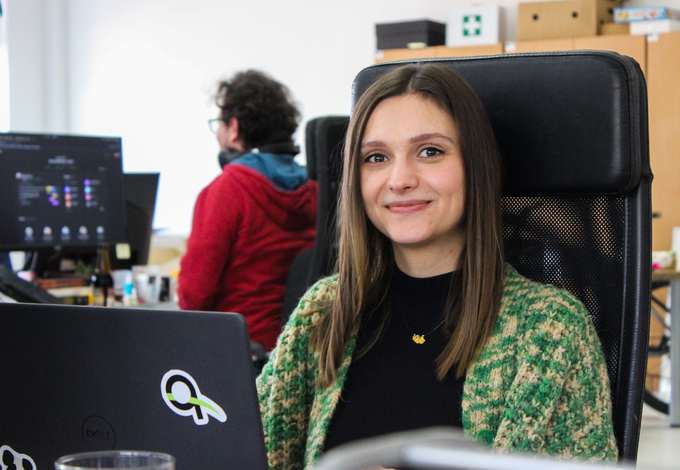 A Day in the Life of a Frontend Developer - Meet Karla

What does a frontend developer at Bamboo Lab do? Meet Karla, and learn everything about her work and hobbies. 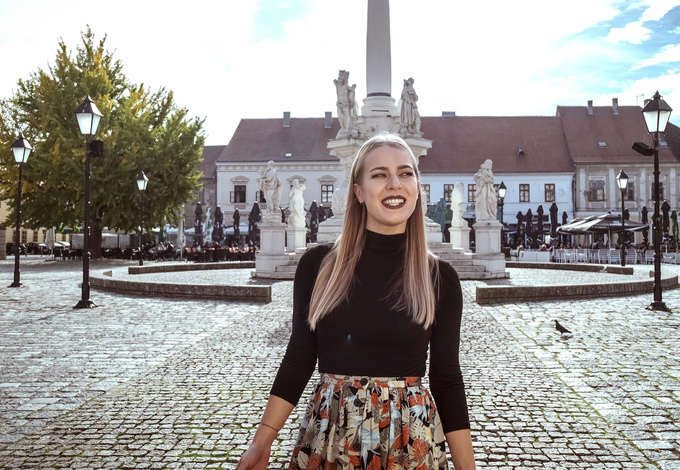 Learn more about Tea - our HR assistant and her role in our growing business and team. 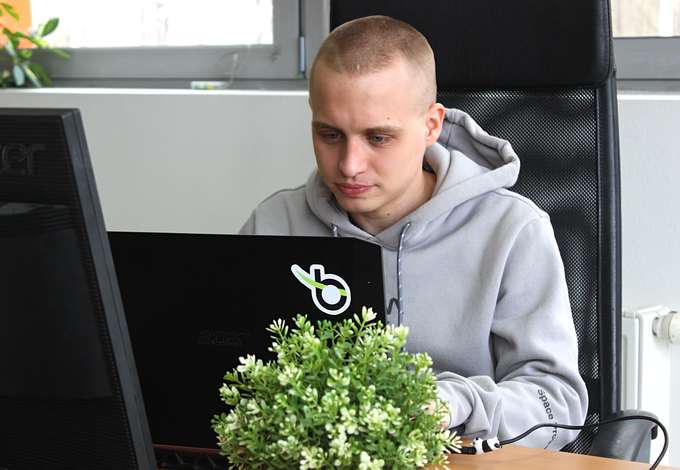 A Day in the Life of a Backend Developer - Meet Ivan

What does a backend developer do? Meet Ivan and learn everything about his work day and hobbies.

What does a Social Media Manager actually do at Bamboo Lab and how can you achieve success in this business? 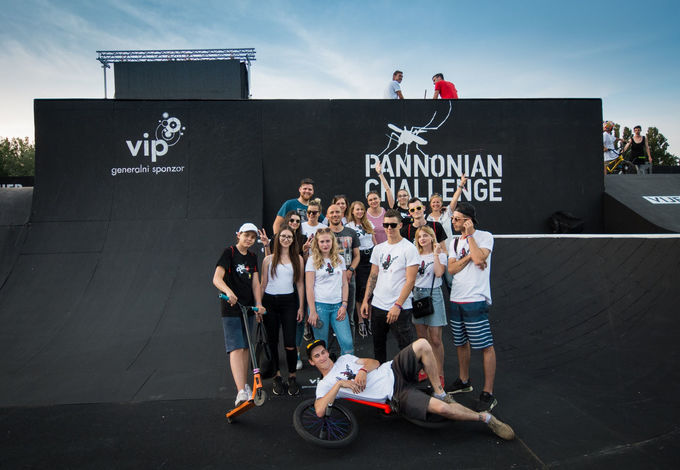 Case Study: How Vipnet's Fired Up Pannonian Challenge on Snapchat for Generation Z

The power of Snapchat in real-time marketing campaigns. 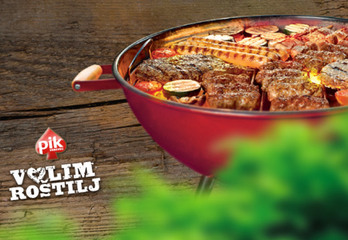 PIK Barbecue Calculator solves the barbecue problems with an algorithm that analyses how many guests you have over, what they love to eat, and a hundred little details that bother every real grill master. 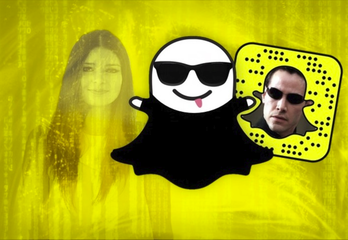 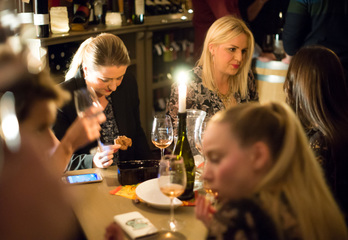 Halloween to Hellowine: How a Wine Bar Increased Their Sales 5x in One Night!

Wine bars usually don’t seem to care about Halloween. This time wine bar Vinita did, and the results are astounding. 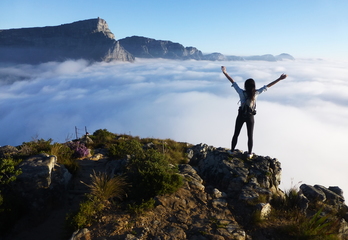 How I Managed to Travel (Carefree) and Stay Connected (With My Company)?

Even though apps like Zoom keep up connected with teams while working remotely, the overall task of being away and staying truly connected isn’t easy.