How we Secured 2 Million Impressions for Jägermeister With Just One Hoodie?

As we have already written for Netokracija, after our internal brainstorming session in Bamboo Lab’s office, we found the "perfect match" for the new Jägermeister Croatia collaboration. We have merged the brand with tradition and creativity.

Here's how we did it…

Why is Joshua a Creativity Meister?

Joshua, 23, has a rich portfolio behind him that includes collaborations with artists and celebrities like The Chainsmokers, Will Smith, and Marshmello. Returning from Canada, he started his dream business in Zadar, which today he shares with a community of 100,000 users. His design was worn by YouTubers such as Jake Paul and David Dobrik.

After launching his IUTD Studios brand and the first (unexpected) product within the Prologue collection, "TAPE," we knew we just needed to find the right brand and the opportunity to revive this creative adhesive tape we initially fell in love with. This happened when we received a brief from Nadine Kramarić, brand manager of Jägermeister, and their desire to collaborate with creatives who have their own story and vision. This campaign served as a perfect introduction to  Be The Meister message that will be promoted globally for Jägermeister from next year.

These are the three words that Joshua wrote on his first mood board after we came to him at the end of the summer with a proposal for collaboration - to inspire young people to express themselves in their own way through Be The Meister message.

After delivering the brief, we decided that we wanted to produce a high-quality winter hoodie and adhesive tape that can be personalized so that each customer has a "one of a kind" piece in their closet.

We then gave Joshua complete creative freedom around the idea, design, and story, which he then transferred to social media content as well. Everything is organized and created by the vision he shares with Jägermeister. 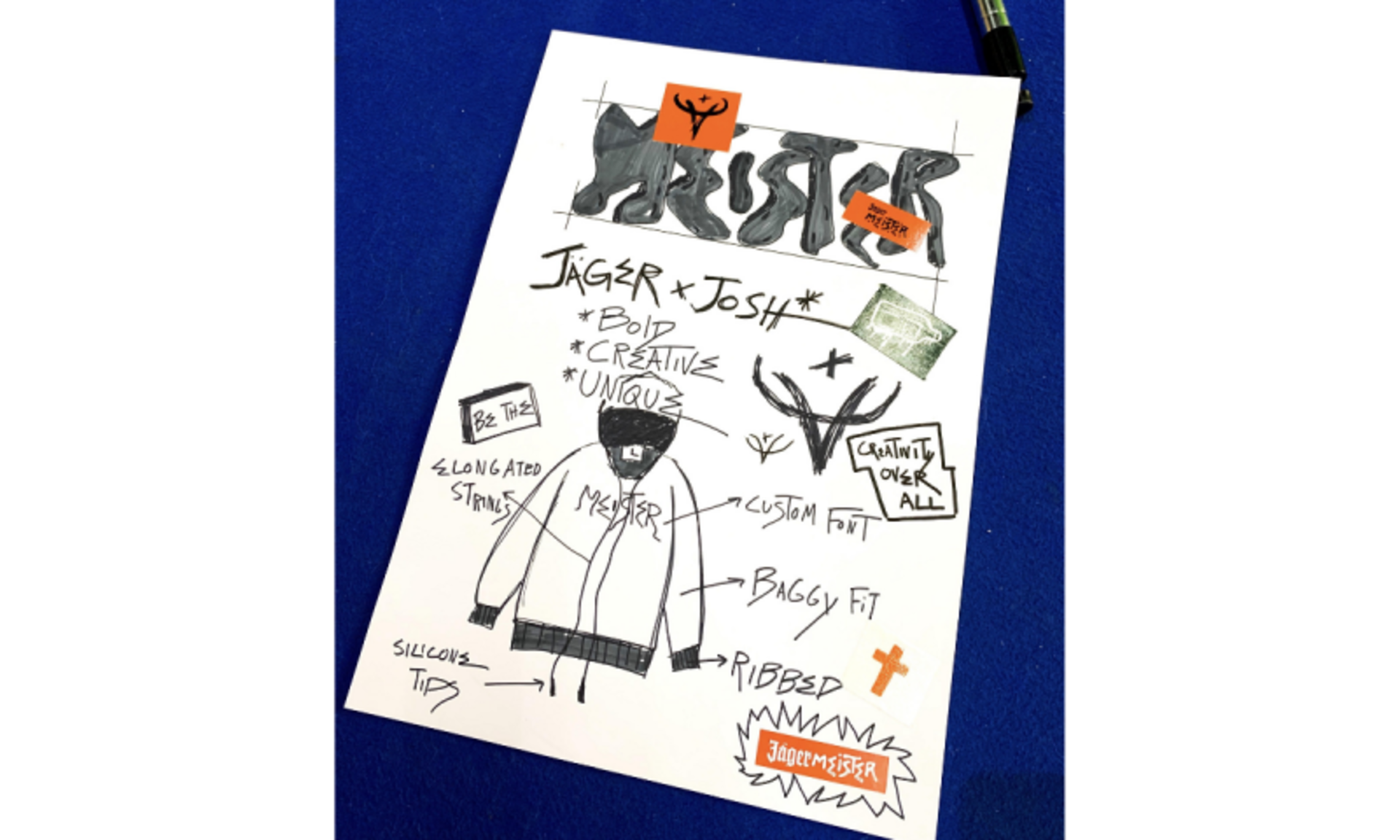 The story behind the MEISTER logo

As he wanted to convey the message of unlocking his creativity through the idea process, he decided to play with a bottle of Jägermeister. So he designed the MEISTER logo with the help of a pipette and Jägermeister liquid, so the collection can be seen as a literal embodiment of the collaboration between Jägermeister and Joshua. The process was also inspired by the name of the campaign - Meister the Creativity.

In addition to the logo, Joshua made several Jägermeister graphics by playing with the logo and distinctive elements on the bottle. Some graphics are designed by moving the paper when scanning the logo to get a "distorted" effect. We wanted to achieve a fresh look with the graphics and visually bring Jägermeister closer to the younger generations through the "urban stag" logo and recognizable elements such as bottles and deer.

He then transferred his vision to an oversized hoodie with Be The Meister message and TAPE, a unique adhesive tape with which the customer can personalize the hoodie. The ribbon consists of the earlier mentioned graphics in combination with Jägermeister colors and transparent elements.

The design is modern, avant-garde, and streetwear, but also simple enough that anyone can wear it - whether a fan or not. 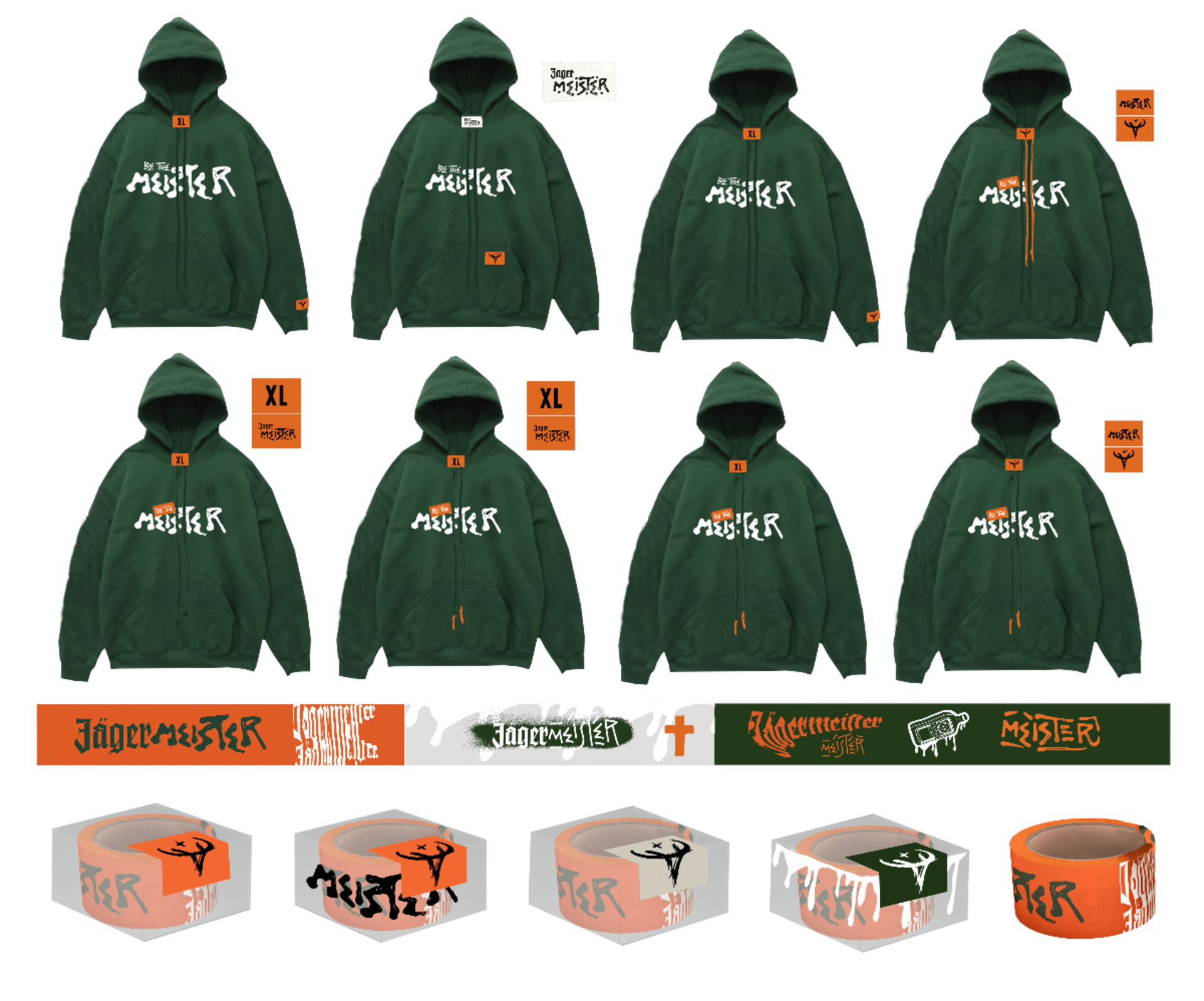 Be The Meister bundle: HOODIE ➕TAPE.

As it is a limited collaboration, there are 50 Be The Meister packages on sale that contain an oversized hoodie made of 100% cotton with a high-quality print and a stitch with the message Be The Meister. As we wanted the product to follow the whole story with its quality, we opted for a 460 GMS hoodie (cotton density), a material in the range of DREW House hoodies by Justin Bieber and the Off-White brand.

For the "unique" element, we opted for extra-long laces with a silicone tip in green Jägermeister color. Joshua also wove his unique signature into the hoodie - a large stitch with size placement on one side and the MEISTER logo on the other.

Fun fact: Joshua has been buying and collecting hoodies for years, which he analyzes from the designer's side and serves as his inspiration.

The rest of the hoodie can be viewed as a play canvas with 15 meters long adhesive tape containing Be The Meister graphics combined with Jägermeister colors and transparent elements. Due to its high stickiness, it is perfect for hoodies and other materials such as skateboards, cell phone cases, sneakers, suitcases… To evoke the uniqueness of the tape, we recorded a short How To Reels. The tape also inspired us to do a giveaway contest in which the community was tasked with writing what they would personalize with it. So they shared ideas with each other - from snowboards and Polaroid photos to Christmas balls. 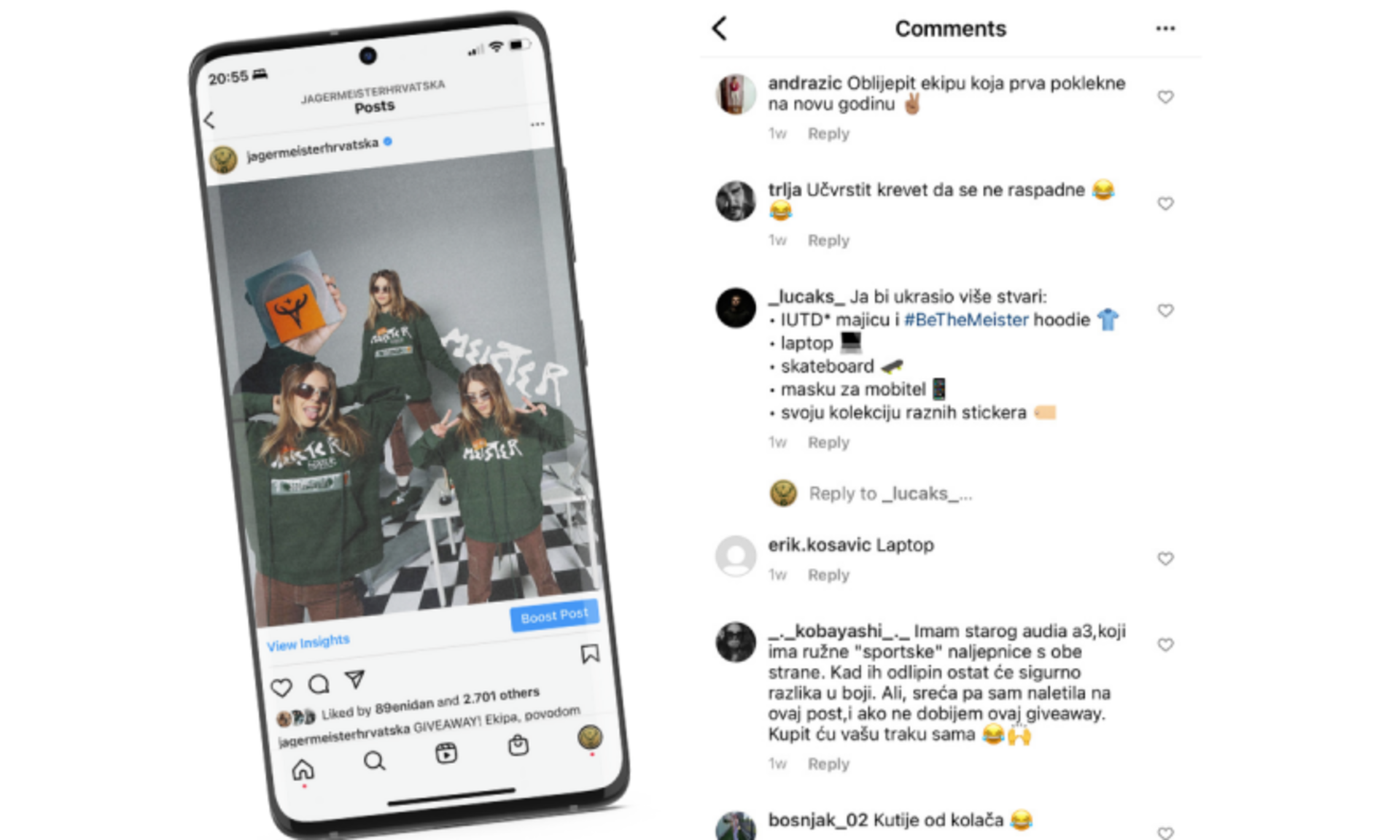 While the hoodies and tape were in the production process, we had just over a month to coordinate the making of the 3D animation, the AR filter, and the custom landing page for the campaign.

SEC animation for Be The Meister tape

We opted for two animations that emphasized the visual elements of the tape and a more complex animation to interpret the origins of this campaign. We see the gray strip dipped into the Jägermeister liquid barrel during the production process as it takes on its final design. The design of this animation went through several phases - from defining the speed and amount of tape to the final visual appearance, which complemented the production's sound.

As brands that fall into the category of wine/spirits on Instagram cannot have AR effects on the official profile, the filter was published on the profile of its creator - @joshuacirjak. As personalization and choice extend throughout the campaign, we've designed five filter variations that Instagram users can use to "stick" on their faces. 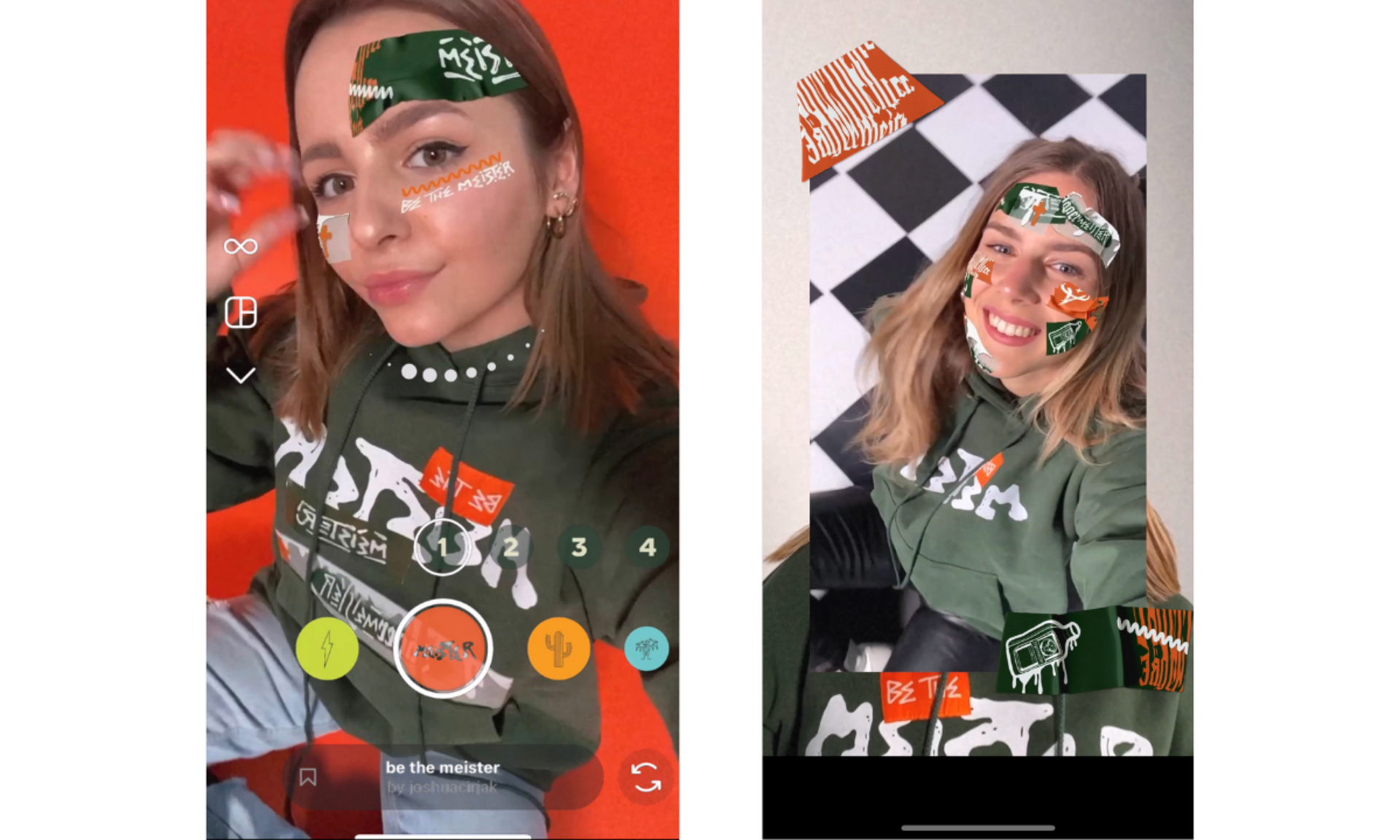 We created a landing page with an integrated section for web commerce within the agency. Visually, we made a turn in relation to the global Jägermeister web, where darker tones predominate, and we achieved a youthful look with Jägermeister cream color with a dose of recognizable green and orange. Through details such as orange pluses in the product description and the design shop section, we incorporated Joshua's visual expression. It all connected perfectly when videos and photos were inserted after the official shoot.

Due to a large amount of content that was in production and was made at the shoot itself, within the Sprout Social software for running social networks, we created a content framework for social networks over a period of three weeks. This was important to us because of the speed of content processing and the campaigns that took place in parallel with Meister the Creativity.

In this way, we were able to achieve a visually coherent and meaningful feed that presented the produced content in accordance with Joshua's vision. During the product definition phase, it was crucial that the agency and the creator were on the same wavelength and creative length in terms of content in order to convey the campaign message to the audience as intended. 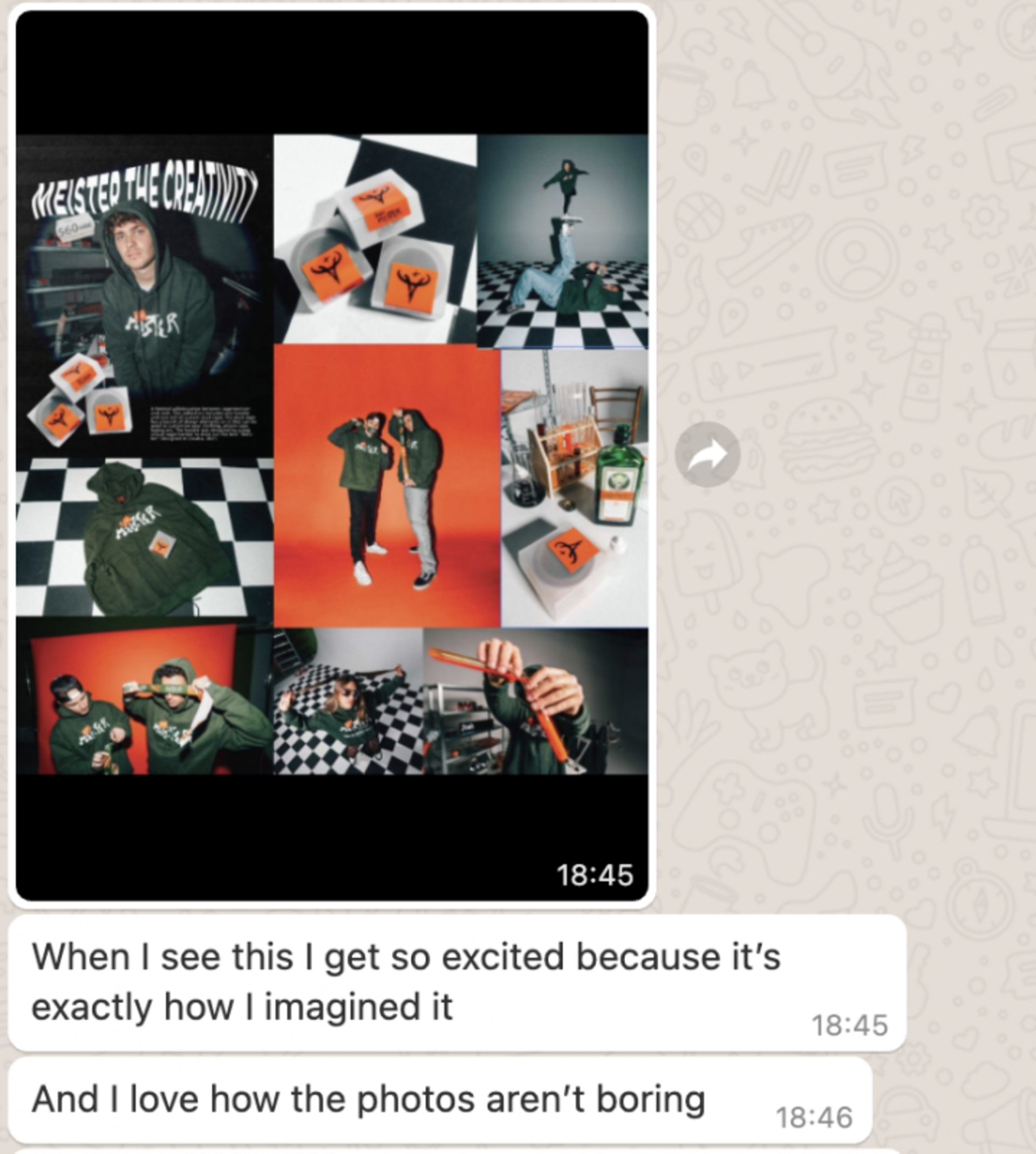 Moments behind the scenes on the set with the Masters

On the set, we created a mini-laboratory to conjure up a creative process - drawing the MEISTER logo with Jägermeister liquid. The moodboard assembled via Pinterest was minimalist and monochromatic with a touch of the 90s, so the Meisters (brand ambassadors) wore cargo pants, Dr. Martens, and retro glasses.

Behind and in front of the camera was Joshua, with the help of his assistants and Meisters, who jumped into the roles of models: DJ duo Vanillaz, TikToker Frana Ugarković, and Bamboo Lab community manager and Joshua's no 1. fan Nikolina Maljković.

The key to realizing our vision was to have a black and white tile floor and to achieve that - we had to improvise. So we cut black card paper into squares and glued it to the white studio floor with double-sided tape. The recording lasted about 10 hours from which we produced:

We announced the beginning of the campaign through three announcements in which we gave the audience insight of ​​working with Joshua, revealed a part of the hoodie, and announced that the campaign would be launched in the next 24 hours. In addition to the visual sneak peek, we used Joshua's signature combination of characters and emojis in the post's description. 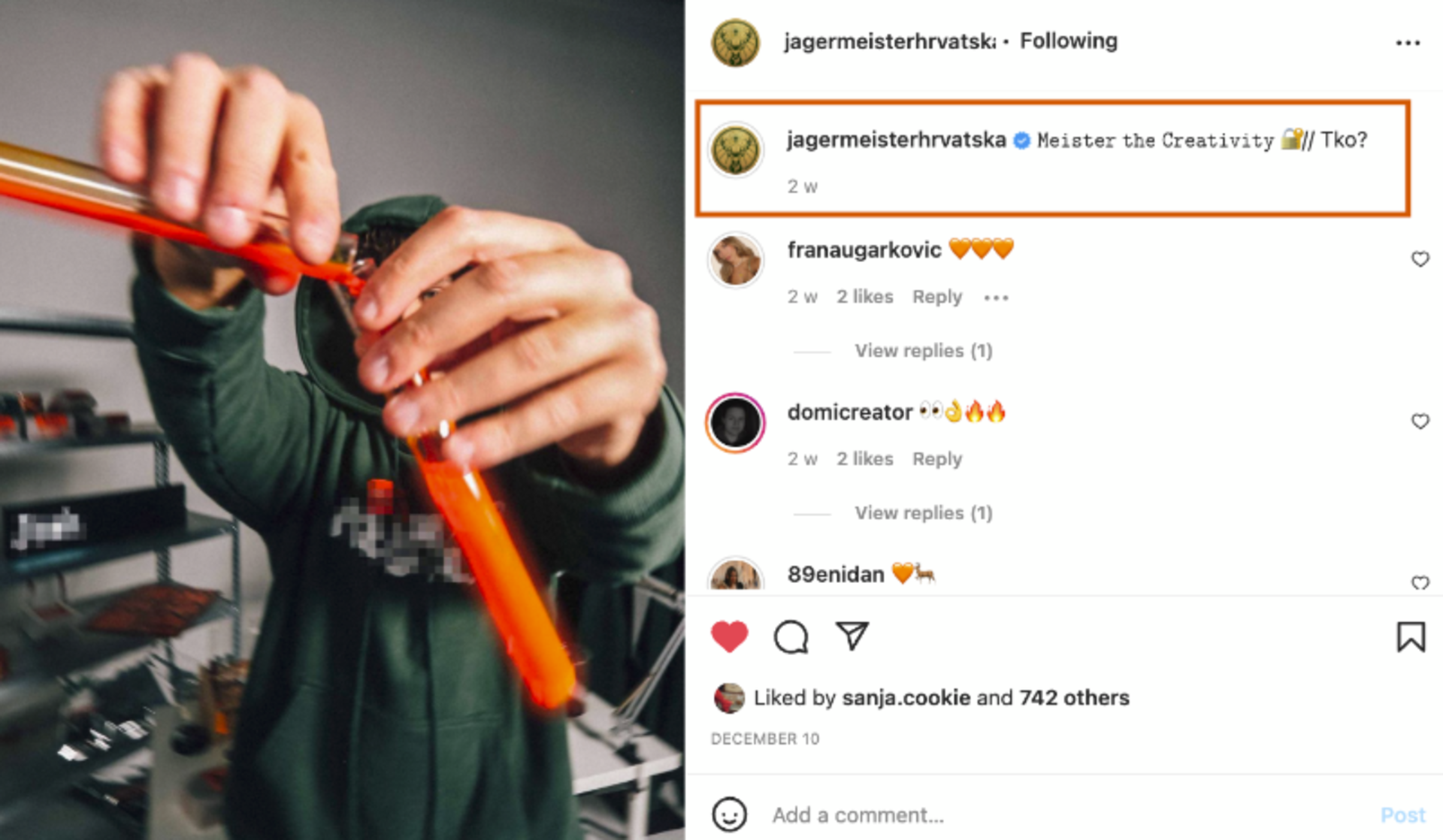 We officially presented the collaboration by launching a web store with graphics that consisted of a brief description of the campaign and a photo of Joshua and the product. In the same week, the campaign was accompanied by behind-the-scenes Instagram Reels, which showed the process of creating the campaign and experimenting with Jägermeister, which led to the MEISTER logo and creative solution.

Our target group consists of a younger audience (18-24); this was an ideal position to promote the campaign. As a part of the campaign, 5 Instagram Reels videos were published, with over 20,000 organic views. The videos were also used for advertising through Instagram Reels placement, which has been available to brands for promotion since recently.

In the period from December 10 to January 3, the content of this campaign reached 2,361,142 impressions. We achieved a growth of 82% in terms of the reach of unique users, of which 61% are between the ages of 18 and 24, mostly through video reels and vertical ads. Content interactions grew by 52% and our Instagram community by 6.3%.

As the campaign's main goal was brand rejuvenation and reaching young people, we can conclude that the "experiment" was successful! 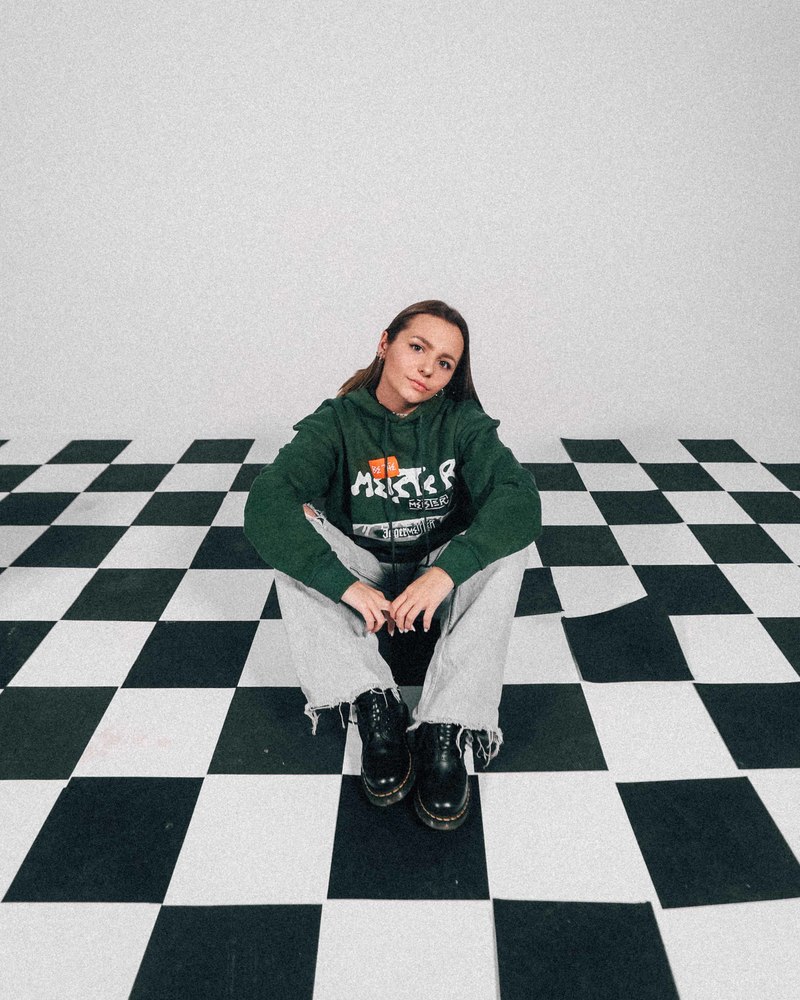 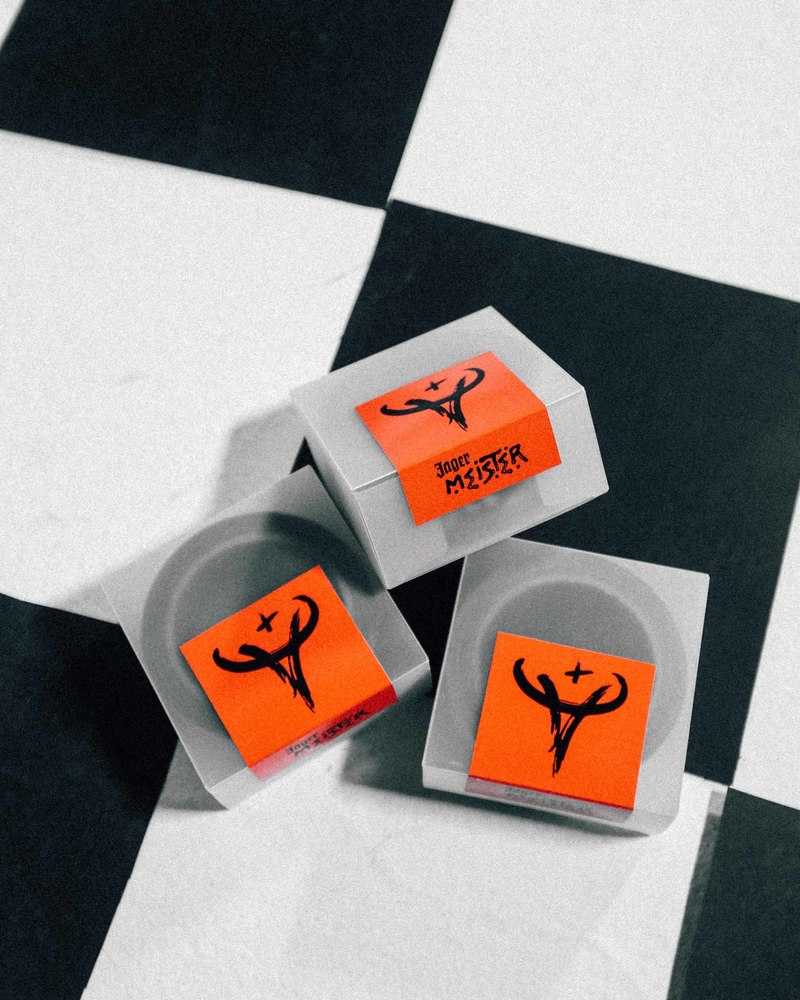 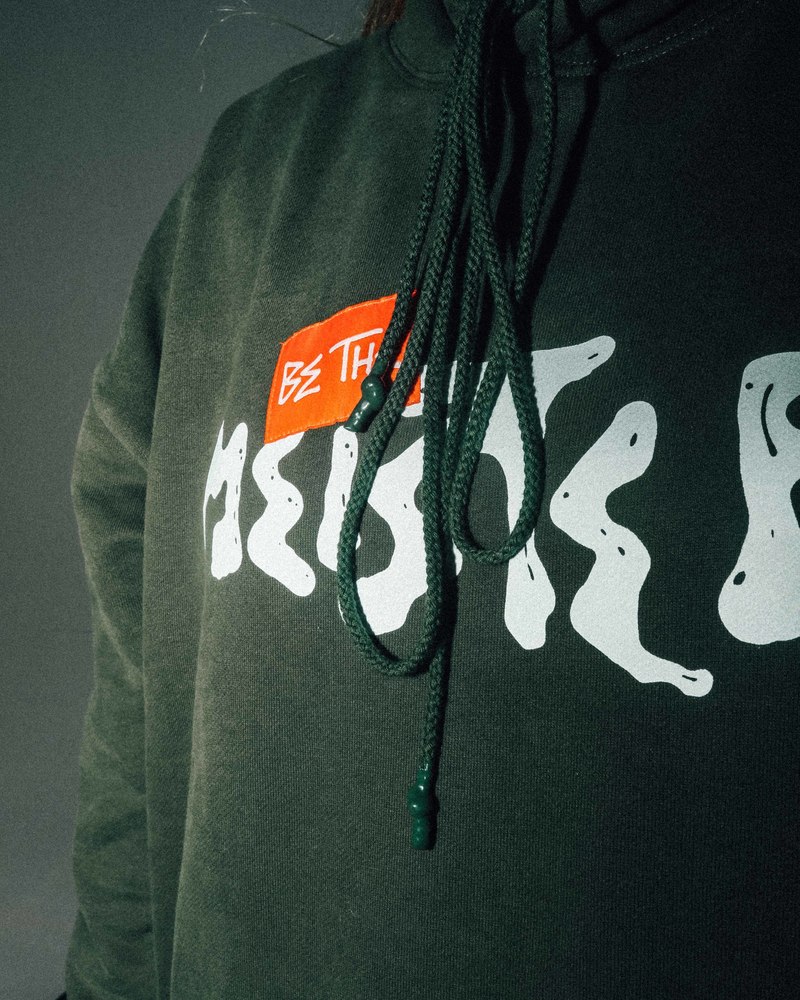 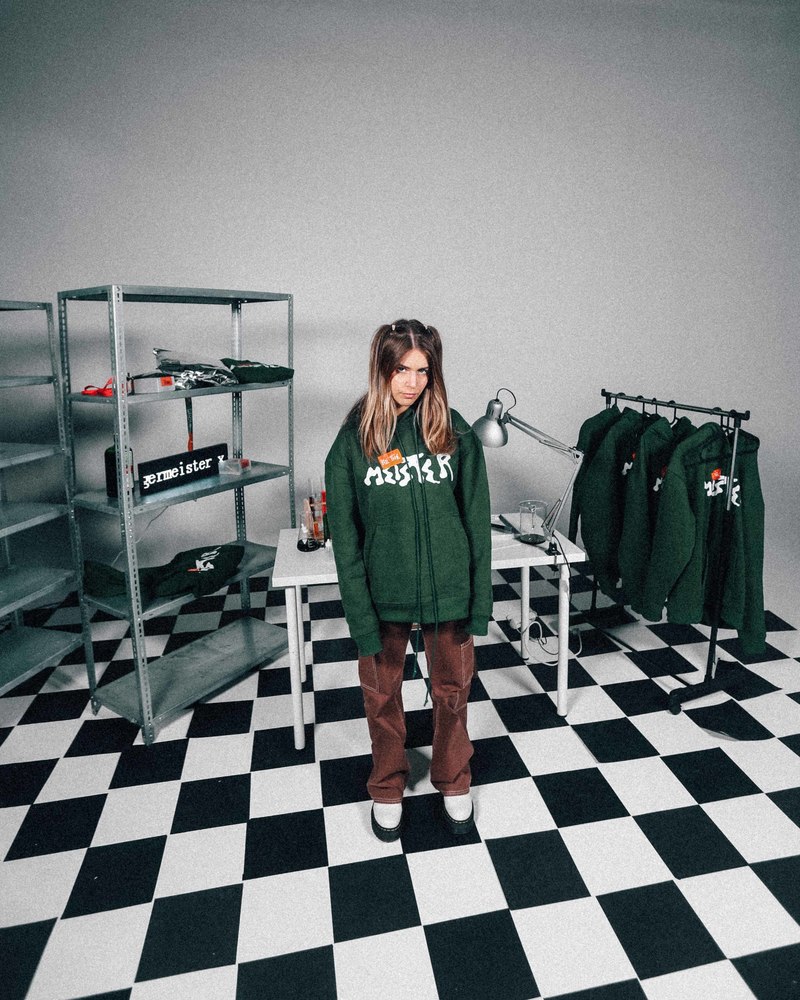 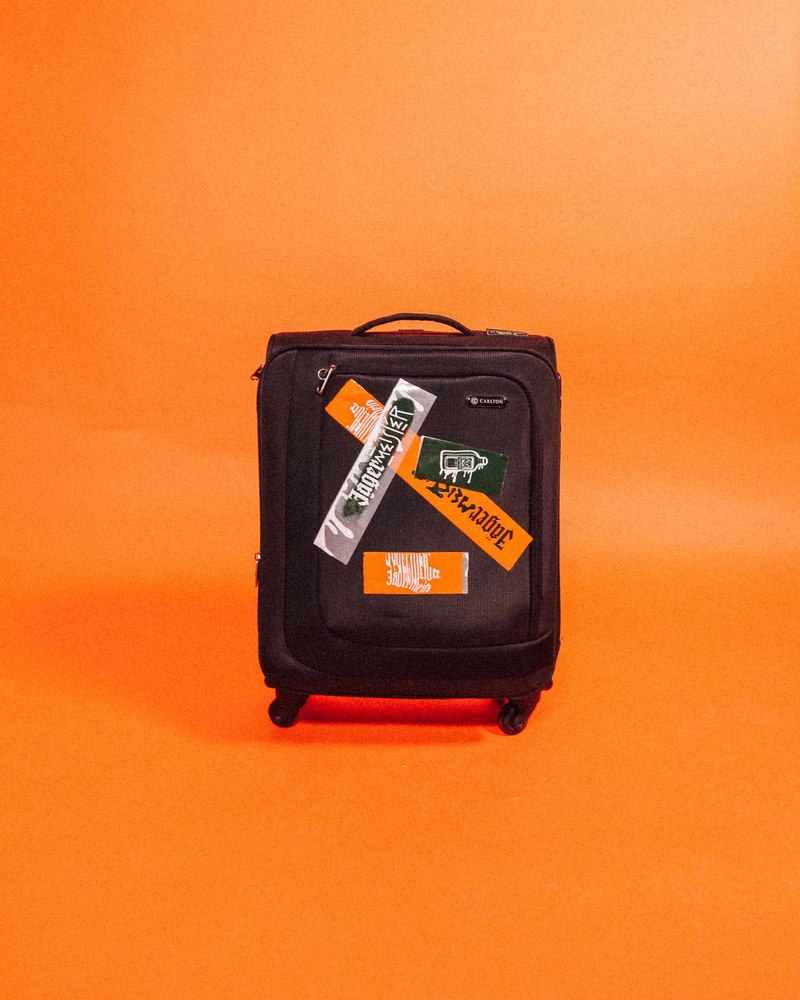 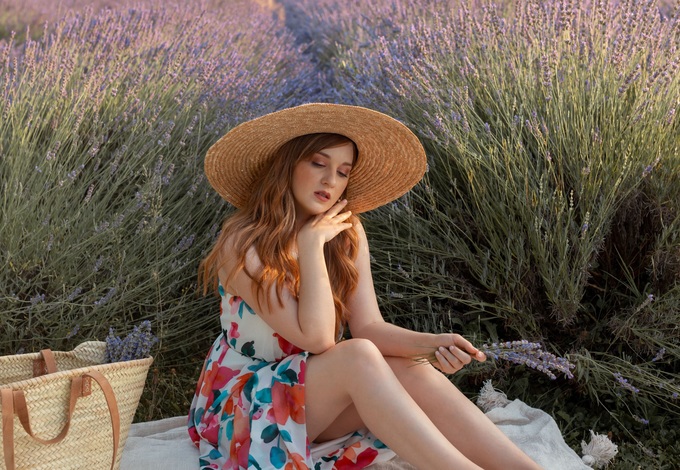 We had the pleasure of talking with one of our favorite fashion/lifestyle content creators in Croatia, so let's jump right into the questions. 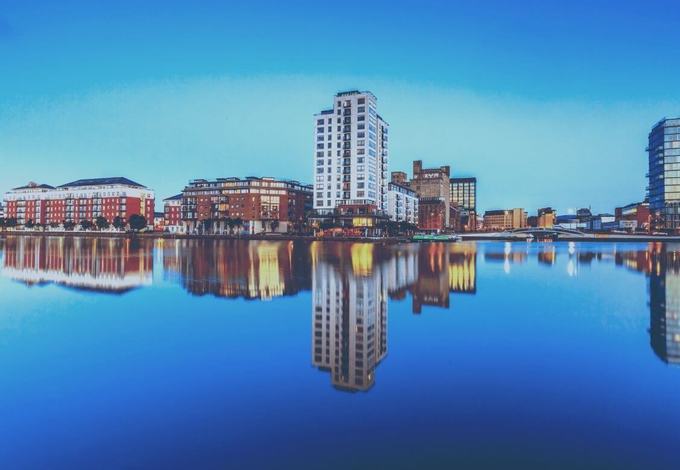 Web Case Study: How One App Simplified Tax Management for Pilots Around the World?

With the combined insight of Scanlon&Associates and our team’s expertise, we created an app that manages pilot expenses “on the fly”. 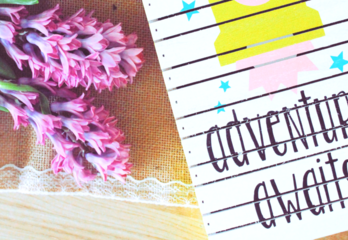 A year in the life of a marketing intern. 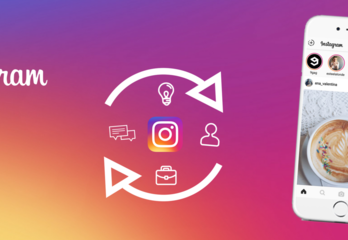